Over the weekend of 18th and 19th June Marconi Sailing Club played host to the 33rd East Coast Piers Race. Not being held in 2020 and 2021 due to COVID it was a welcome return for the classic long distance sailing event.

Since the last event we have also lost a dear catamaran sailing friend in Robin Smith.

35 years ago a small group of Marconi Sailing Club cat sailors met in the now-defunct Marconi Social Club bar to chat through the idea of a long distance charity cat race to raise funds following the death of a fellow cat sailor. Robin Smith had brought along a silver Rose Bowl, and proposed we used it as a trophy. A small team bit the bullet… and the East Coast Piers Race was born.

Round 2 of the Allen Endurance Series was set to be a big one with 59 competitors pre entered for the weekend. Part of that bumper entry was a fleet of keen Dart 18s also treating the event as one of their TTs.

Saturday saw the competitors gather for a briefing at 12pm in the club marquee ahead of two races scheduled for 1pm.

The two races started without delay and saw the mix of fast dinghies and catamarans covering an approximate 8 mile course up and down the river. The faster catamarans managed to complete two laps with the slower boats only completing one.

On Saturday evening the race briefing for Sunday was held at 6pm with competitors gathering to learn about the course and what they should expect. This was followed by a BBQ which was included in the entry price.

Later in the evening a band played to get the competitors in the mood for a full on day of racing. Many competitors were seen in the bar enjoying a pint of Mighty Oak to support the charities. There are not many sailing events where you can drink for charity, a big thank you to Mighty Oak for the donation of beers.

Sunday saw an early start for the competitors with a scheduled first race start time of 8.30am. After a minor ‘no power’ hiccup the competitors were woken slightly later than planned to the sound of Neil Diamond playing over the clubs tannoy system.

The full 48 mile ECPR got off to a flying start with much discussion over course records being broken. It was Kevin Dutch and David Banner who lead the fleet with a convincing lead but unfortunately they missed the Colne Point gate. Many others sailed past the gate but realised and managed to turn back to go through the gate and sail on towards Walton.

Unfortunately the wind died at Walton and it was a slow ride back for the ECPR competitors, the first boat back managed the course in 5hrs and 6 minutes, certainly no record breaking there.

The Colne Point race started at 8.45am but unfortunately two Marconi Sprint 15s were over the line and didn’t come back, they had a 15 minute time penalty added to their final time. The wind held for the first competitors back with them having a screaming reach out and back along the 27 mile course. First back were Ben and Ella Harris who broke the Colne Point race record by 14 minutes sailing their Spitfire.

The slower boats in the Colne Point race did suffer a drop in wind with the last boat coming home after 3 and a half hours of sailing.

There was only one competitor for the 13 mile Bradwell course, an RS200 helmed by Jo Tribe from local town Burnham-on-Crouch. They had an enjoyable race which was also hampered by the drop in wind speed towards the end.

Congratulations to the race winners:

View all results on our results page

We really couldn’t run the race without the generosity of our race sponsors, a huge thank you to:

Next years event is scheduled to take place over the weekend of 8th and 9th July. 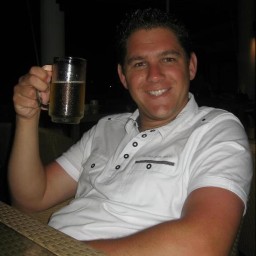 You can contact the East Coast Piers Race team by dropping us an email info@eastcoastpiersrace.com